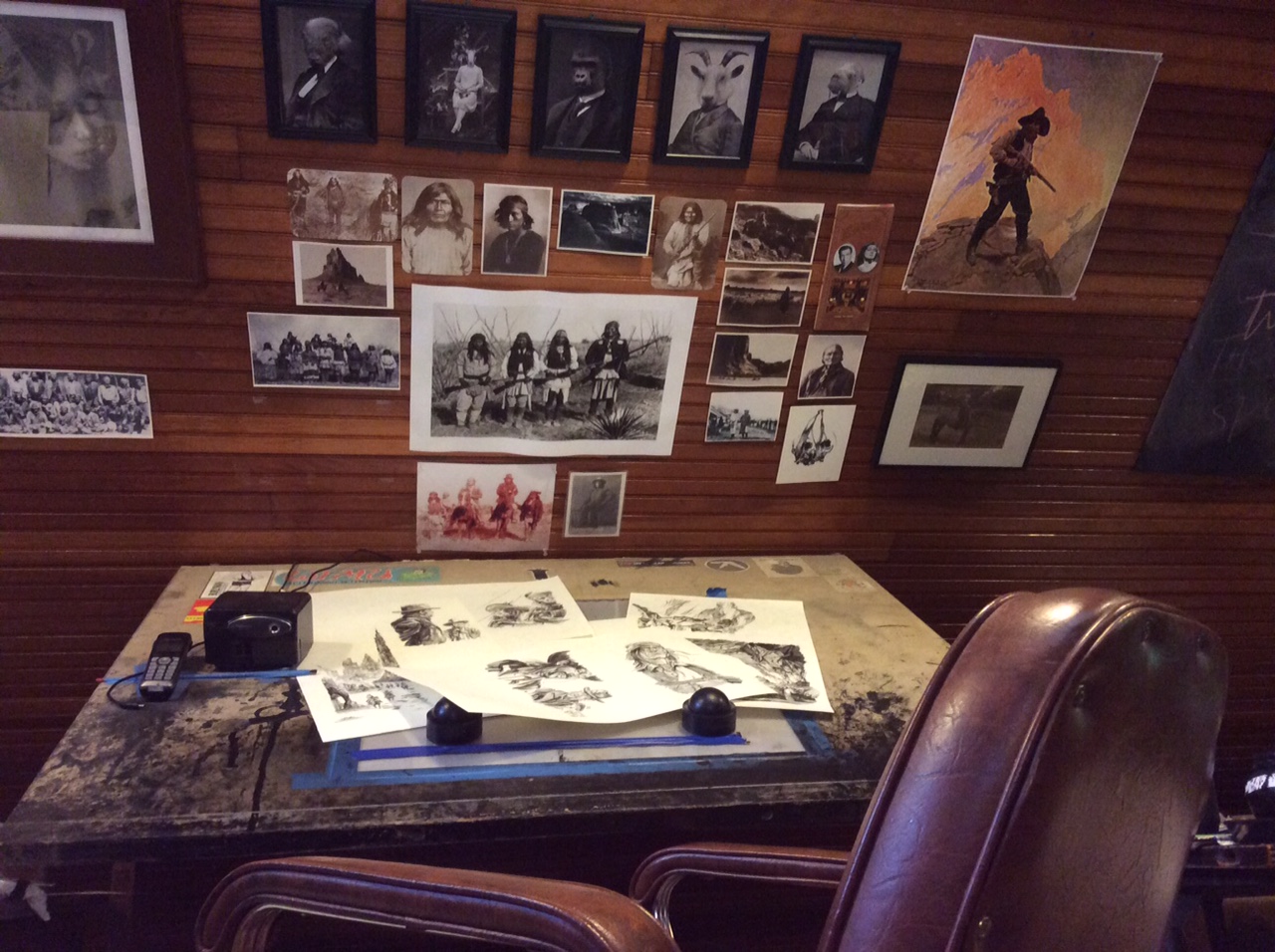 THE INDEH DIARY: ONCE THEY MOVED LIKE THE WIND 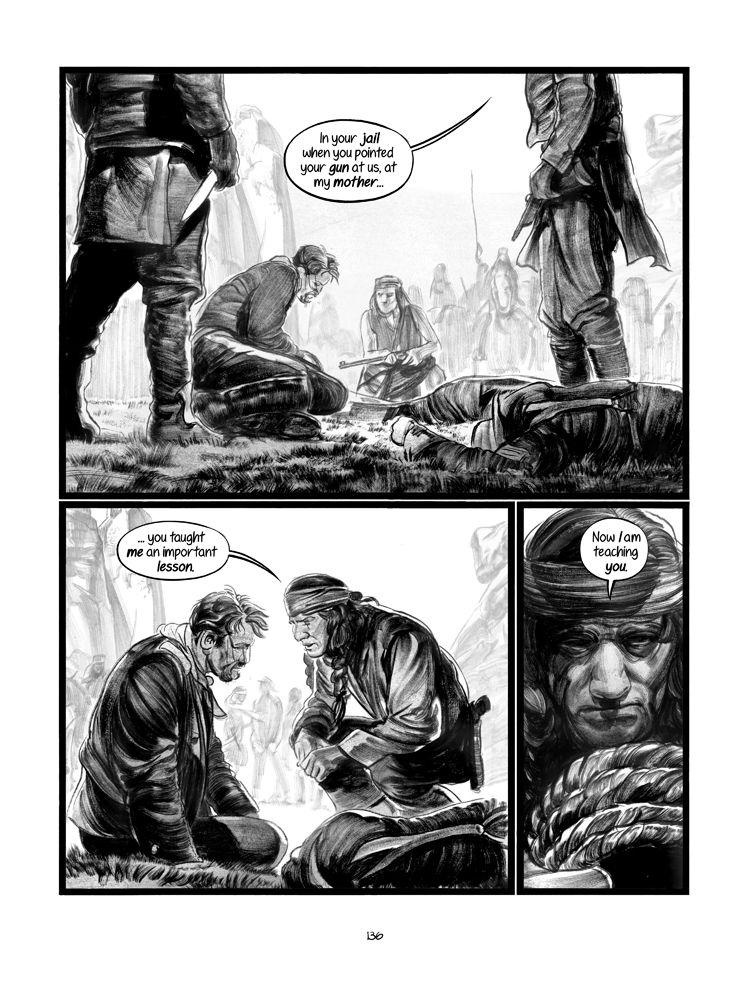 I’ll post some of the preface here below as I think it absolutely says it all for what is to come. If anything, it barely indicates the power the reader is about to witness. Our goal and our mission statement with INDEH was to break through the turgid veil of White Guilt, and the Dances with Wolves comfort blanket that we have enveloped ourselves in that neither warmed nor really comforted us in the way we hoped it might. This was and is a story we share, this terrible genocide. These were people… afraid, angry, heroic, creative, loving, terrible and beautiful as all people are and we set out to tell the story through the eyes of the Chiricahua. We decided to tell the story and end it before any of the major events that made Geronimo so legendary. This wasn’t meant to be spectacle no matter how completely spectacular a tale it was and is no matter how you tell it. What resulted was a sense of parallel invention that served only to bolster my confidence that this insane act of hubris, a couple of middle-aged white dudes from suburban Texas daring to tell one of the truly great stories of American History through the eyes of its natives, was how it turned out we were doing the selfsame thing all along. Here’s some of his preface, as both an indicator of that but more so as bait to encourage you to go out and buy a copy, and read it for yourself. I rarely insist a book on people as we all have our tastes and preferences, but for any of you who are American, this is as essential as anything ever written about our past. As Ta Ni-Hisi Coates’ new tome, BETWEEN THE WORLD AND ME is picking up the gauntlet left by Malcolm X’s autobiography, Robert’s book is that for one never until now written. And it lights a fire of interest I never expected. Still essentially a history, he structures it around the causal factors he decides, and structures when and how the events are told from that vantage. It’s more than the other usual dry referential catalogues. It’s a living tale that dives into the people and whys and hows of the times. I’ve honestly never read a book this fast before. Bolstered by its affirmation that we were telling a different take on the same events, honestly in both respects to each other made it an additive thing, rather something competitive. Here’s a bit of the preface: 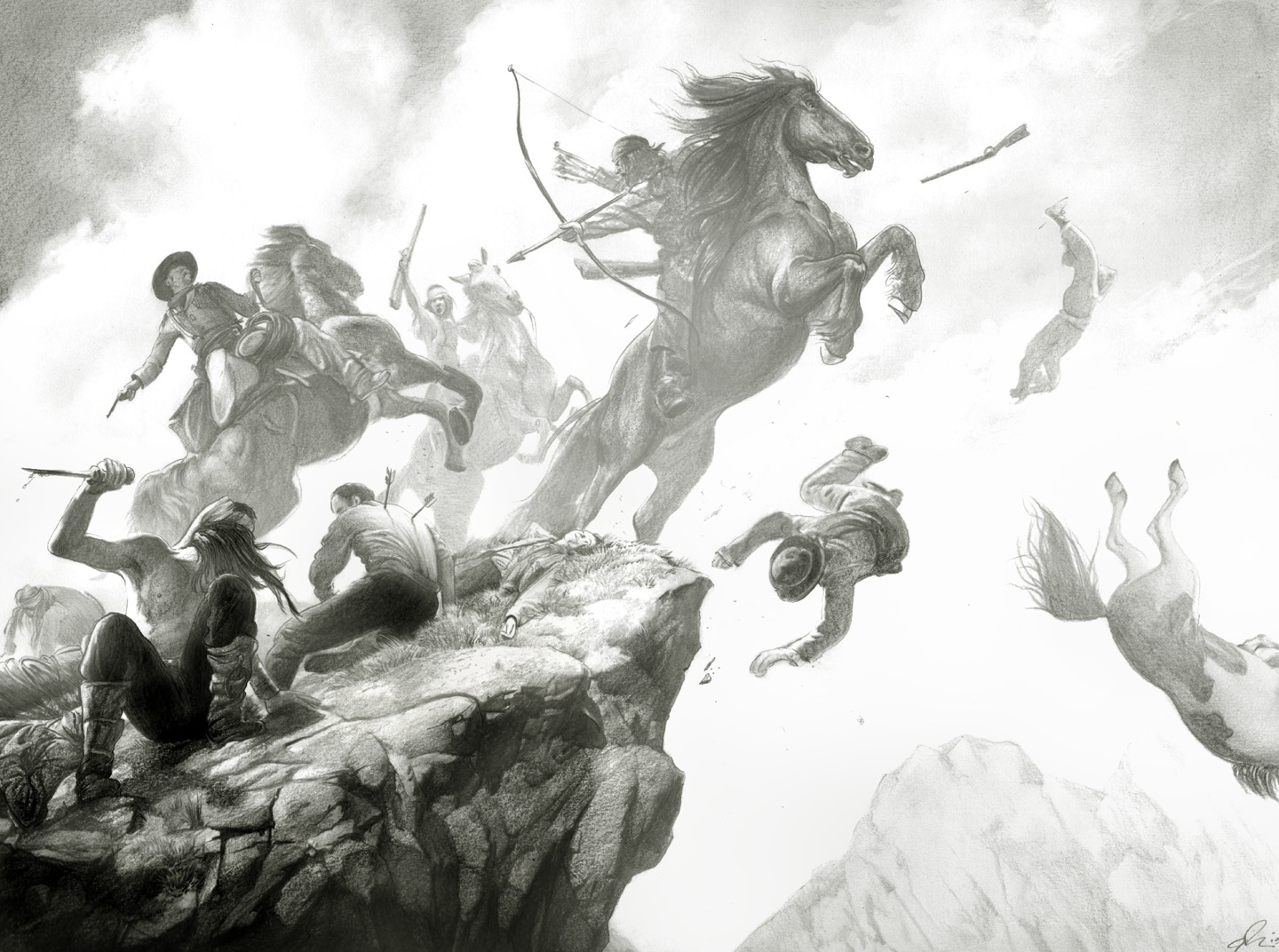 At the end, in the summer of 1886, they numbered thirty-four men, women, and children under the leadership of Geronimo. This small group of  Chiricahua Apaches became the last band of free Indians to wage war against the United States government. The “renegades”, as white men called them, were mercilessly pursued by five thousand American troops, (one-quarter of the entire U.S. Army at the time) and by some three thousand Mexican soldiers. For more than five months, Geronimo’s band ran the soldiers ragged. The combined military might of two great nations succeeded in capturing not a single Chiricahua, not even a child.

The odyssey of those fugitive Apaches ran its course, to be sure, as a hopeless cause. Yet, in it’s melancholy inevitability, the struggle of Geronimo’s band wrote a logical end to a quarter century of betrayal and misunderstanding. For their refusal to give in, the Chiricahua were punished as no other native people in U.S. history has ever been.

The story of the Chiricahua resistance is one of the most powerful of American narratives. In its essential features, it sings the perennial themes of both epic and tragedy, as the ancient greeks defined those genres. Hundreds of books have been written about the Apaches, yet few if any seem to have grasped the basic shape of their story. All too often the telling bogs down in the details of troop deployments and Indian raids. The human character of the Apache– goes unilluminated.

Like most cultural tragedies, the war between the United STates and the Chiricahua was founded on fundamental errors of perception. Scouts, soldiers, statesman came away from years of experience with the Apache convinced they had probed to the core of his nature. What these “experts” saw, of course, was the shimmer of their own befuddled perconceptions….
…The cardinal failing of most accounts of the Apache resistance has been an inability to comprehend its doleful history from the Chiricahua point of view. Since the 1960’s our guilt-ridden culture has indulged in a reverse stereotype, a sentimental idealization of the American Indian- the noble sage, living in harmony with the land- that represents a comparable failure of the imagination. “ 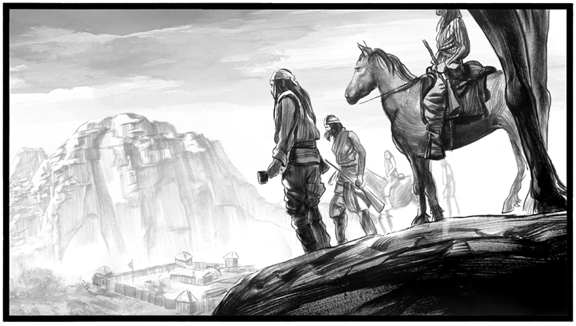 As a funny side revelation a scene from our book, chronicling the turn of the corner that ushered over a decade of terror and violence in the southwest: Cochise and his band were falsely accused of stealing a local rancher’s cattle and his adopted son, Felix Ward, who would grow to become the devilish Puck creature of this shakespearian tragedy, Mickey Free.  I found that I had entirely invented a moment that turned out to be completely accurate with the facts of the day without knowing it. This is the scene: As Cochise found as his only measure of escape when the meeting in the canvas tent went south, he pulled a knife, cut the fabric and jumped out its back, still holding his coffee cup as he ran like a jackrabbit up the side of the mountain pass escaping some 55 bullets launched at him in pursuit. When he got to the top of the ridge and proclaimed, as a warning, that “Apache blood is worth the same as that of any White Eyes”, he still held that cup of coffee in his hand. I had not even for a moment heard this story until today, almost a year after having drawn that scene. I had simply thought it would be both awesome and funny to have Cochise manage to hold his coffee through this narrow escape. That the mundanity of it, the Lynchian humor that it mimicked would add a nice level of awe and humanity to the moment. I patted myself on the back for being so clever and in the end, Cochise had me beat by over a hundred years. When you’re inside a story, you start channeling it in ways you can’t quantify. If you’re lucky, you end up with a situation best cited in Alan Moore’s brilliant FROM HELL at the end when the charlatan psychic confesses all his visions about the Jack the Ripper murders were inventions: “I made it all up, and it came true anyway”. It’s one of many testaments to the magical connective power of stories and more so in this case to the utter power of Cochise and the Apaches even as we have tried so hard over the last 150 years to render them utterly powerless. Ethan and I may not get it all right in the end, and we can’t hope to match the depth and humanity of this insane period of our shared history with tribal people, but if we’re lucky we’ll get close enough to the facts to be true. Not just to mourn them, or ourselves, but to awaken them into life again and embrace them as ourselves. As our history.
You have to wait until June 2016 before you can read INDEH. Plenty of time to read this book by Roberts and see for yourself what you’ve been missing about your own history all this time. I promise you will thank me a million times over, and be hungry for more. Because I think alongside all the other similar tunes we’re playing, we all just want the stories to be told, to be heard and to live as any other aspect of our past lives with us, free of our desire to hide from it because in doing so, we hide from ourselves and forget who we are. 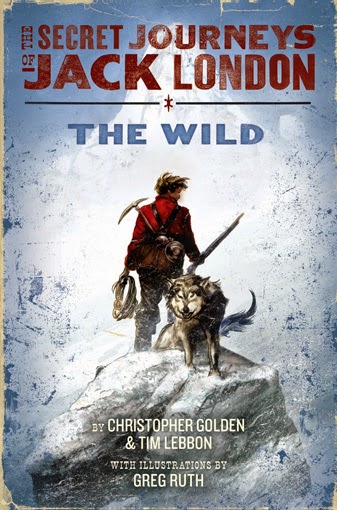 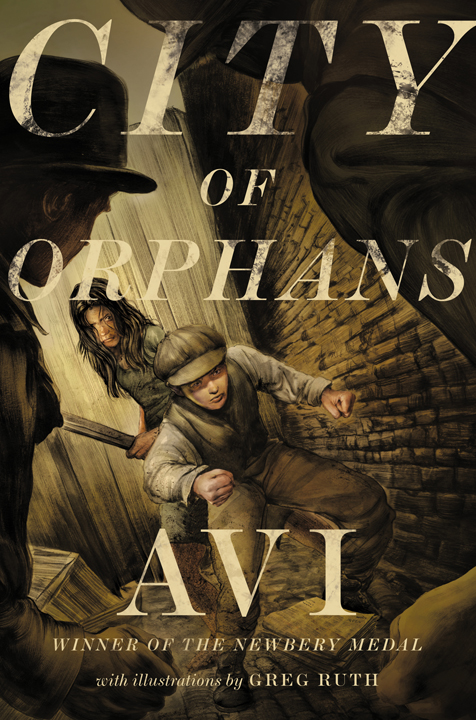 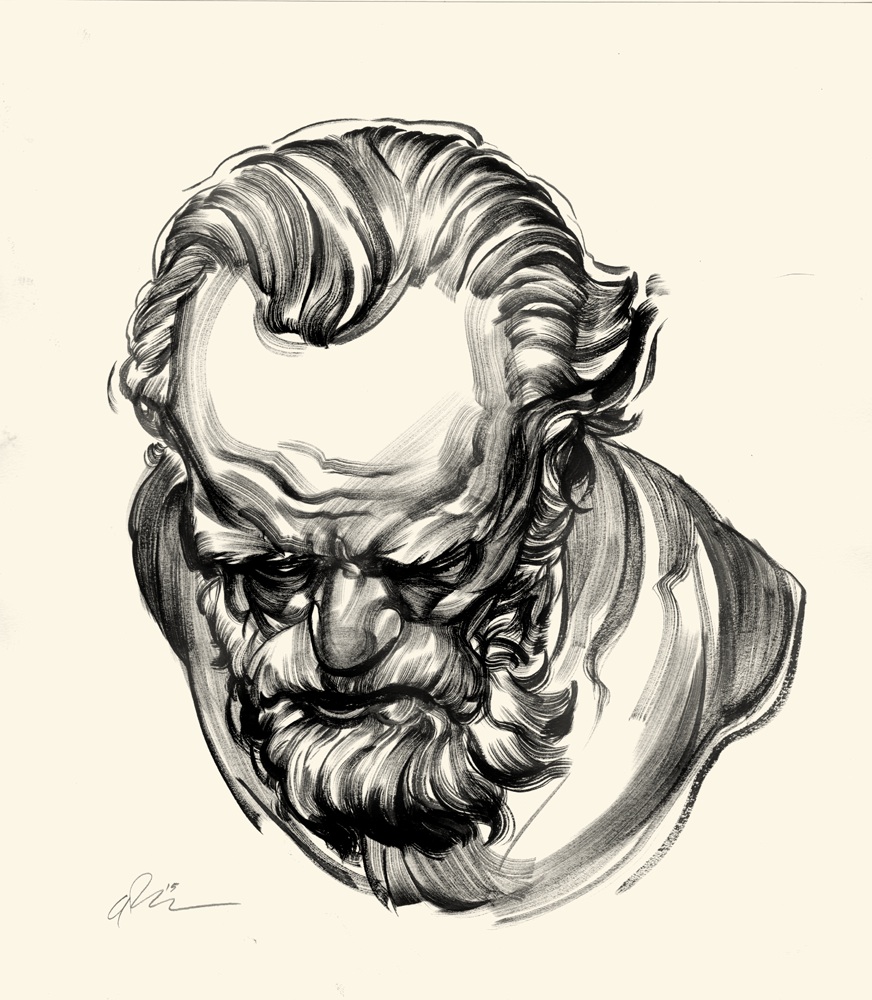 WORKING ART: You and Them